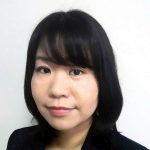 Sachiko Kodera received her B.S., M.S., and Ph.D. degrees in Electrical and Computer Engineering from the Nagoya Institute of Technology (NiTech), Nagoya, Japan. In 2016 she started as a researcher at the Nagoya Institute of Technology and is now an Associate Professor within the Department of Electrical and Mechanical Engineering. Her research interests include computational modeling of human physiological response and electromagnetic dosimetry for exposure assessment. She was awarded numerous scientific prizes, including the Japan Open Innovation Prize 2022 by the Science Council of the Japan President's Award. Sachiko Kodera was elected as Member of the ICNIRP Scientific Expert Group (SEG) in November 2022.