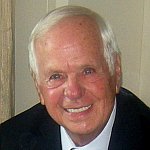 ICNIRP is very sad to report that Dr David Jack Lund unexpectedly passed away in December 2022.

David Jack Lund spent his 46 year career until 2013 as a research physicist with the US Army Medical Research Command where he studied the effect of laser radiation on ocular tissue and the visual system. His principle focus was in the conduct and analysis of research pertaining to the injurious effect to the retina of laser exposure and the determination of the minimum dose required to produce retinal injury. He has authored/coauthored papers relating the damaging effect of laser irradiation to the parameters of the laser exposure which are highly instructive to the formulation of the current ICNIRP, ANSI, and IEC guidance for calculation of the maximum permissible exposure of the human eye to laser radiation. His research has included studies of the hazards of “eye safe” infrared lasers, experimental studies of the additivity of effect for exposure to repetitive laser pulses yielding empirical methods for assessing the hazards of such exposures, experimental determination of action spectra for the threshold for laser-induced thermal retinal injury and studies of the dependence of the threshold for laser-induced retinal injury on both the duration of the laser exposure and the diameter of the laser-irradiated area on the retina. He served on ANSI and CIE committees/subcommittees and collaborated with international investigators in the exploration of laser-induced ocular bioeffects. He was an ICNIRP Consulting Expert from 2002 to 2012 and a Member of the Scientific Expert Group from 2018 till 2022.

Jack Lund suddenly passed away in December 2022. Jack Lund's expertise especially on retinal injury thresholds was extremely valuable in particular for the updates of the ICNIRP Laser and Broadband Guidelines (2013) and the laser statement on the laser guidelines (2020). His high expertise as well as his kind and humble way will be greatly missed. We extend our condolences to his son Brian Lund, who is well-known to ICNIRP as a former Member, his family, friends and colleagues.