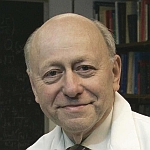 ICNIRP is very sad to report that Dr Marvin Ziskin recently passed away.

Marvin Ziskin was Emeritus Professor of Radiology and Medical Physics at Temple University School of Medicine in Philadelphia, where he received his A.B. and M.D. degrees. From 1965-1966, he was a Research Associate in Diagnostic Ultrasound at Hahneman Medical College. Following a two year tour duty at the U.S. Air Force Aerospace Medical Research Laboratories, he returned to Temple University in 1968, where he then served as the Director of its Center for Biomedical Physics.
His research interests included many areas within biomedical engineering with a special interest in ultrasound, millimeter waves, and other non-ionizing radiation. Dr. Ziskin had been active in a number of professional societies including the Institute of Electrical and Electronics Engineers (IEEE-COMAR and IEEE-ICES), the Bioelectromagnetics Society, the National Council for Radiation Protection and Measurements (NCRP), the American Institute of Ultrasound in Medicine (AIUM), and the World Federation of Ultrasound in Medicine and Biology (WFUMB). In addition, he had received the 2011 D’Arsonval Award of the Bioelectromagnetics Society. His interest in ultrasound, image processing, and non-ionizing electromagnetic radiation has resulted in 7 books, and over 250 scientific publications. He had also served on the editorial boards of Journal of Clinical Ultrasound, Clinical Diagnostic Ultrasound, Ultrasound in Medicine and Biology, Journal of Ultrasound in Medicine, and Bioelectromagnetics. Marvin had been a Member of the ICNIRP Scientific Expert Group (SEG) from March 2013 until January 2019 and contributed to the development of ICNIRP advice in relation to both Ultrasound and thermal impacts of radiation on health more generally.

Marvin has given generously and warmly of his time for ICNIRP over many years. He will be remembered as a very talented and hard-working scientist, earnestly devoted to science and health protection and a very pleasant and friendly colleague with a fine sense of humour. We extend our profound sympathy to his wife, Lea, his family, friends and colleagues.