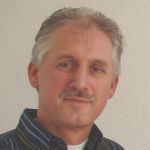 Eric van Rongen graduated in biology at the State University of Leyden, the Netherlands in 1980. Subsequently he performed research on tumour and normal tissue radiobiology at the Radiobiological Institute of the Netherlands Organization for Applied Scientific Research TNO and received his PhD in 1989. Since 1992 he is senior scientific staff member with the Health Council of the Netherlands and primarily involved with non-ionizing radiation. As Scientific Secretary of several Expert Committees he has written many advisory reports on the health effects of low and high frequency electromagnetic fields, UV and ionizing radiation, but also on non-radiation subjects. He is member of the International Advisory Committee of the WHO International EMF Project and cooperates closely with WHO on the development of Environmental Health Criteria monographs on EMF, currently the one on radiofrequency fields. He is member of several national and international organizations and committees in the field of non-ionizing radiation and President of the European Bioelectromagnetics Association (EBEA). He has been serving ICNIRP as Consulting Member since May 2001, as member of the former Standing Committee II Biology since November 2006 and has been elected in the Commission in May 2010. He was the ICNIRP Chair from 2016 until 2020 and is now serving as the ICNIRP Vice Chair since May 2020.