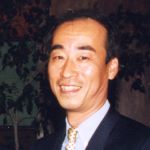 Masami Kojima received his Ph. D. in Medicine from Kanazawa Medical University in 1991. He is a professor of Kanazawa Medical University. He is belonging to 3 departments, Medical Research Institute, Nursing School, and Department of Ophthalmology. He was an Alexander von Humboldt Research Fellow in the department of Experimental Ophthalmology, University of Bonn, Germany from 1988 to 1990. His research interests focus on the mechanisms of cataract development in the lens. Currently he is working in the field of non-ionizing exposure such as ultraviolet, infra-red, and microwave and millimeter wave exposure related ocular damages. He holds many academic honors, such as the International Society of Ocular Toxicology Award (1990), the Japanese Society for Cataract Research Award (1992), International Scheimpflug Club Meeting Award (1993), US-Japan Cooperative Cataract Research Group Meeting Award (1997), Kanazawa Medical University Article Award (1997), and the US-Japan CCRG the Alvira Reddy Award (2007). He has been an ICNIRP Consulting Member from 2001 until 2004. He was elected to the ICNIRP SEG in November 2014.