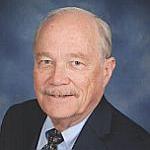 David H. Sliney holds a Ph.D. in biophysics and medical physics from the Institute of Ophthalmology of the University College (London, UK), an M.S. in physics and radiological health from Emory University (Atlanta, GA, USA) and a B.S. in physics in from Virginia Polytechnic Institute (Blacksburg, VA, USA).  He worked for the US Army Medical Department for 42 years, serving as Program Manager, Laser/Optical Radiation Program, which he held until his retirement in 2007. He remains an associate faculty member of the Johns Hopkins School of Public Health, Department of Environmental Science and Engineering, Baltimore, MD. His research interests focus on optical hazards from intense light sources and lasers, laser-tissue interactions and laser applications in medicine and surgery. He has published well over 200 peer-reviewed scientific papers - many relate to the development and optimization of laser/optical applications in eye surgery and ophthalmic diagnostics. He served as member, advisor and chairman of numerous committees active in the establishment of safety standards for protection against non-ionizing radiation (ANSI, ISO, ACGIH, IEC, WHO, NCRP) and has served as an ICNIRP Commission Member from 1992 until 2004 and as Chairman of ICNIRP SCIV (optical radiation) from 1998 until 2004. He was appointed a Member of the ICNIRP Scientific Expert Group (SEG) in November 2017.