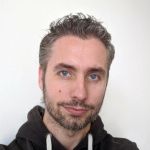 Luca Giaccone is Associate Professor of Electrical Engineering in Politecnico di Torino, Torino, Italy. His research covers many areas of the Electrical Engineering. Most of his recent activities focus on computation of electromagnetic and thermal fields, magnetic field mitigation, LF dosimetry and compliance of LF pulsed magnetic field sources. He received the Laurea and Ph.D. degrees in Electrical Engineering from the Politecnico di Torino, Turin, Italy, in 2005 and 2010, respectively. In the period 2011 – 2017 he was Assistant Professor with the Dipartimento Energia, Politecnico di Torino. Since 2017, he has been an Associate Professor with the same institution. He has been Senior Member of the IEEE and member of the IEEE International Committee on Electromagnetic Safety (SC6 - dosimetry modeling) since 2015. He has been member of the National Committee CEI-106 dealing with human exposure to electromagnetic fields since 2017. Luca Giaccone was appointed a Member of the ICNIRP Scientific Expert Group (SEG) in 2020.