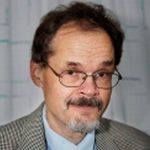 It is with great sadness that we report the sudden death on 29 January 2019 of our longstanding ICNIRP Commission and SEG member, Dr Kari Jokela. He will be sorely missed professionally and personally.

Kari Jokela had earned his PHD in Technology in 1982 from the Helsinki University of Technology, Finland. He worked from 1977 until 2015 at the Radiation and Nuclear Safety Authority (Finland), STUK, where his main duties consisted of research, regulatory activities and public information. He authored numerous publications dealing mainly with microwave techniques, RF measurements, RF dosimetry, magnetic field dosimetry, and EM-field protection standards. Highly skilled in the fields of dosimetry and physics, Kari had developed over his career a large expertise in all fields of radiation protection and was always very careful at providing the highest level of protection for the health of people. In regard to workers' protection he provided major input to the development of the EU directives on the occupational exposure to EM fields.

Since 1994, Kari had greatly contributed to the work of ICNIRP, when he first joined the ICNIRP Standing Committee III on Physics and Engineering. From 2008 until 2016 he served as a member of the Commission and since then as a Member of the Scientific Expert Group. Over the last years he had largely contributed to developing the draft of the RF guidelines. We will remember and miss Kari as a very skilled, dedicated, extremely pleasant and whole-hearted fellow and colleague. We extend our profound sympathy to his wife, Reija Jokela, his family, friends and colleagues.